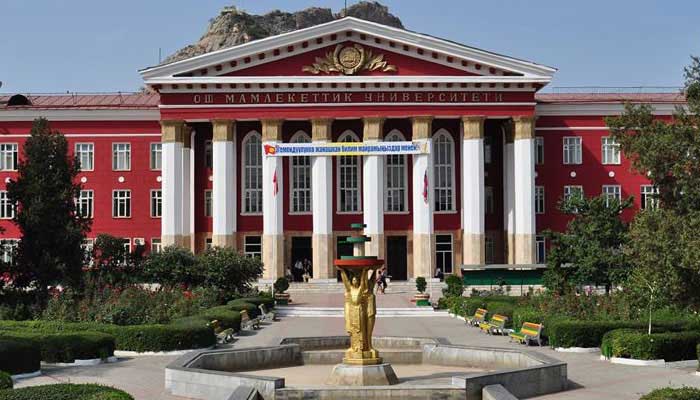 In 1939, in the south of Kyrgyzstan, so as to overcome the deficiency of teachers in universities and pedagogical training, the Institute for teachers in the town of Osh has been started. The Institute provided two years training program in History and Philology, Mathematics, Physics, and Natural sciences, Geography.

Based on the settlement, in 1961, the New campus as built.

Several graduates improved year by year from Osh State Pedagogical Institute. During the 1970-1971 academic year, 269 Graduates, Number of PhD had climbed to 112 from 16 ethnic nationalities.

At the end of the 1980s, the Institute’s school team as 435, such as four physicians of Sciences, Professors, 136 Nominees of Science, Associate Professors, and Senior lecturers, 295 Teachers.

To guarantee rapid pace of growth and the training of highly qualified experts to satisfy the necessities of the labor economy, New faculties and branches ere established: Law and History (1992), the Kyrgyz and Uzbek Philology (1992), Medicine (1993), Theology (1993), Business and Management (1996).

Kyrgyzstan is a country with beautiful nature and a very good climatic condition in which you can see greenery everywhere. Kyrgyzstan is landlocked and with full of mountains. It is the neighboring country for Kazakhstan, Tajikistan and China. It is the one of the least crowded country in the world with just 29.5 residents per square kilometer of land. Kyrgyzstan is covered 80% by mountains and it is called as “Switzerland of Central Asia”, Kyrgyzstan is one of the few countries to find the 3 denomination bill or pound.

Why Study MBBS in Kyrgyzstan

Also you need to note that different colleges in Kyrgyzstan has different eligibility structures and fee, so you should check the official websites of colleges before proceeding.

Advantages for Studying MBBS in Kyrgyzstan

Disadvantages for Studying MBBS in Kyrgyzstan